The shipping companies are seeing a slowdown in demand for space for goods leaving China for Europe. High stock levels and the absence of visibility regarding future prospects are paralysing business activity.

Since the start of July, ocean freight rates on Asia-Europe routes have been falling after a period of strong increases. This is the result of a fall in demand which has several different causes.

Of course, high inflation is starting to weigh on household spending and, by the same token, on consumption levels. But the low level of new orders from the retail sector is also due to high stock levels. At the same time, the absence of visibility regarding the outlook for the economy in the months to come has literally frozen decisions on new orders. Retailers do not want to risk accumulating more stocks, given the high cost and low availability of storage space.

Consumers have not suddenly stopped frequenting physical and digital sales areas. Certainly, they have adapted to the situation and redirected some of their purchasing in other directions, but the problem has been caused above all by the mass of emergency orders placed by the retail sector when the economy recovered more quickly than expected after the first phase of the Covid-19 epidemic. Some retailers now find themselves with huge stocks of merchandise which are not being renewed quickly enough. 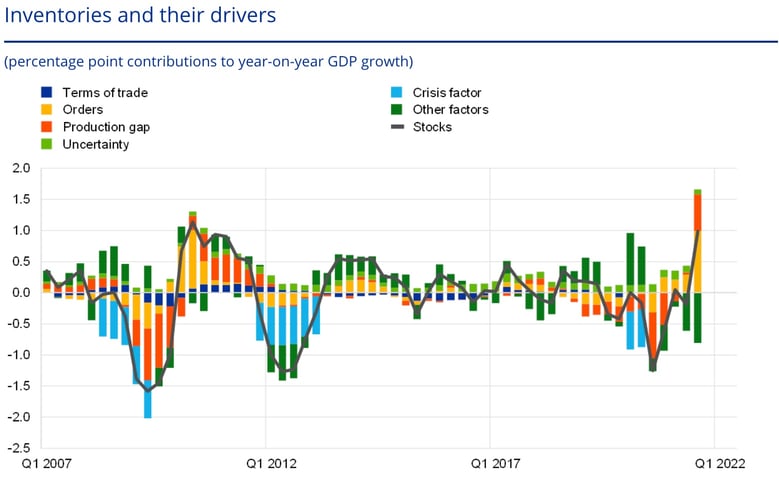 The fourth quarter of 2022 is the time to ask questions about the approach to be taken to 2023. A certain number of factors are determining market sentiment during this period.

European statistics show that stock levels increased markedly in 2022. There is a clear connection between these record stock levels and the reduction in new orders for goods from Asia.

Changes in stock levels in the European Union

The situation is such that shortages of key products cannot be ruled out in the first and second quarters of next year in Europe. The impact of blank sailings will be aggravated by another factor, moreover. The Chinese New Year celebrations, during which production plants will close, starts very early in 2023 - on 22 January. If firm orders are not placed now, they might well not be honoured.

The breakdown in supply chains could, therefore, occur where it was not expected - in the storage depots...