Increase in sea freight rates on the Southampton-Sydney corridor

The combination of a scarcity of export capacity leaving Northern Europe and strain on space leaving Singapore is currently increasing the total cost of sea freight on the Southampton-Sydney lane.

The Southampton / Singapore / Sydney corridor is interesting to follow from a “post-Brexit” perspective. It is in fact very structuring in both directions within the framework of the Commonwealth recovery plan which the British Prime Minister Boris Johnson wishes to deploy.

After the “Whisky Boulevard ” via the North Atlantic between the United Kingdom, Canada and the East Coast of the United States, which forms a Western maritime inroad, the “3S” corridor (Southampton / Sydney / Singapore) forms its Eastern counterpart.

The slight signs of overheating in freight rates observed at the start of the year could also be symptomatic of a renewed British interest in a rapid consolidation of trade with the Southern Continent.

Unquestionably, there is something going on in this market that had not been highlighted before the post-Brexit political advances by Boris Johnson. To be continued, because at this stage it is too early to be able to draw definitive conclusions. 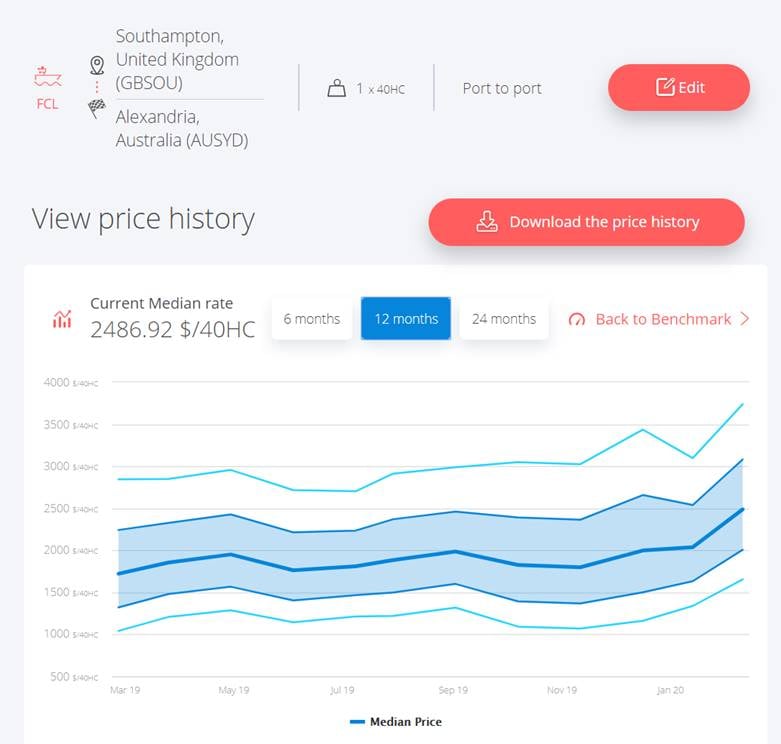