Eastbound ocean freight rates in the trans-Pacific trades are holding up at high levels. Shipping companies are keeping a tight grip on capacity and the American retail sector has started to rebuild its stocks.

Eastbound freight rates in the trans-Pacific trades are holding up at very high levels for the season. They are 20% higher than those for the same period last year, as is illustrated by this example for the Ningbo-Seattle route from our Upply data base. 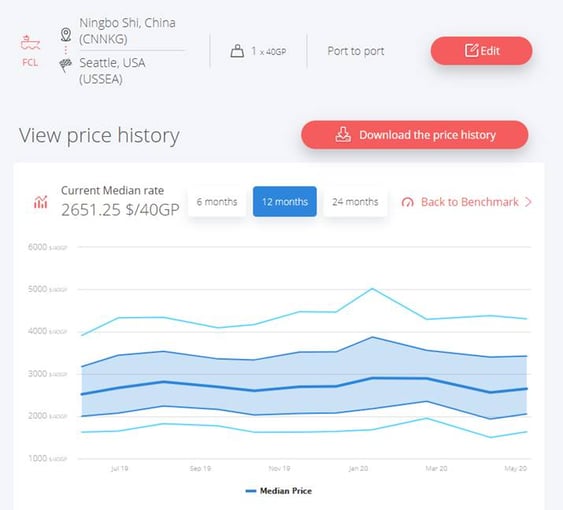 Until now, the contraction of supply has been slightly greater than that of demand, which indicates finely tuned yield management on the route on the part of the shipping companies. This tight management has enabled them to keep freight rates at high levels as demand has been recovering over the last three weeks.

Despite the never-ending trade tensions with China, the retail sector in the United States has begun ordering again to reconstitute its stocks for the summer. The American economy is relying on domestic consumption in a situation in which employment prospects have been seriously damaged by the coronavirus crisis.

The shipping companies should continue to fine tune capacity during the early summer. The defensive position they have adopted should make it possible to maintain the balance at "20% less cargo transported for 20% higher freight rate revenues", thus limiting as far as possible the deterioration in their operating accounts.

In the current situation, it seems to us to be very unlikely that a major shipping company on this trade lane will adopt a different market strategy in the short term by introducing fresh capacity and speeding up their vessels.