Shipping prices are holding up at high levels on the trans-Atlantic route between Rotterdam and New York despite the start of the low season.

What is happening on the trans-Atlantic shipping market, which is generally quite calm at this time of year? Several factors are contributing to the creation of tensions which are stabilising freight rates at a relatively high level, as Upply's database shows. 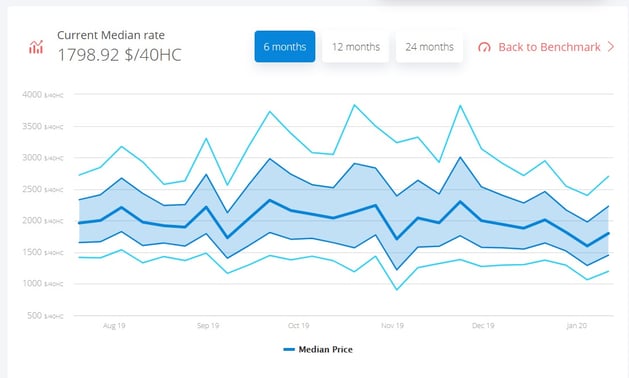 This latter threat is being taken very seriously by American importers of wines and spirits who are protesting in advance about the impact these dissuasive duties will have if they come into force. An additional 100% duty has been announced on champagnes if no agreement is found!

In this context of great uncertainty, early efforts to reconstitute stocks can be expected. Wines and spirits are the leading export category at the French port of Le Havre, representing more than 100,000 teu annually. Because of the industrial action disrupting French ports, this traffic is being rerouted via the Benelux ports, generating numerous extra costs which will inevitably penalise selling prices and margins.

Additional US customs duties, on top of the extra operating costs resulting from the strikes, would seriously damage this key sector of the French economy which is already in difficulty.

In terms of general trading dynamics, it is worrying to see that, following the conclusion of the first phase of its trade deal with China on January 15, the United States is now switching the pressure back on to Europe…and, therefore, on to the trans-Atlantic trade segment.