The Russia-Ukraine war has radically changed the rail freight connection between China and Europe via the trans-Siberian route. This article examines the development in the first seven months of 2022, concentrating on the period following the outbreak of the conflict.

According to statistics from China Railway, from January to July 2022, China Railway Express, the official name of the rail freight network between China and Europe, recorded a shipping volume of 869,000 TEUs, which represents a 4% year-on-year increase [1]. This rise can be attributed to the burgeoning rail freight demand between China and Russia, driven by a 30% spike in trade between these two countries in the first seven months and by the suspension of services by major maritime carriers in Russia.

The decline in China-EU flows

Over the same period, the shipping volume between China and the EU via the Trans-Siberian route has logically decreased, by 24% westbound and 35% eastbound (Figures 1 and 2), despite the fact that rail freight is not affected by the sanctions decided by the EU. More specifically, flows to and from Germany, which accounted for 45% of volumes in 2021, fell by 21% in the east-west direction and 38% in the west-east direction.

In contrast, despite the overall decrease, westbound shipping to Poland has been picking up since May (Figure 1). In July in particular, for the first time since the war, volumes to Poland grew by 6.6% year-on-year, while volumes to Germany fell by 66%. This difference is related to the fact that Poland serves as a transshipment hub for distribution to other European destinations, rather than as a final destination, but the trend is nevertheless interesting to observe. 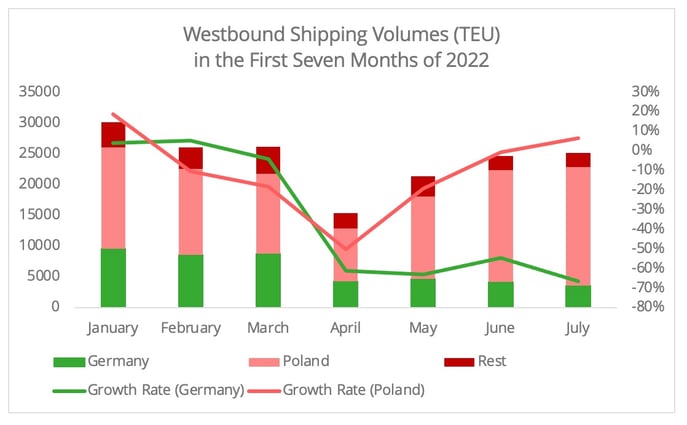 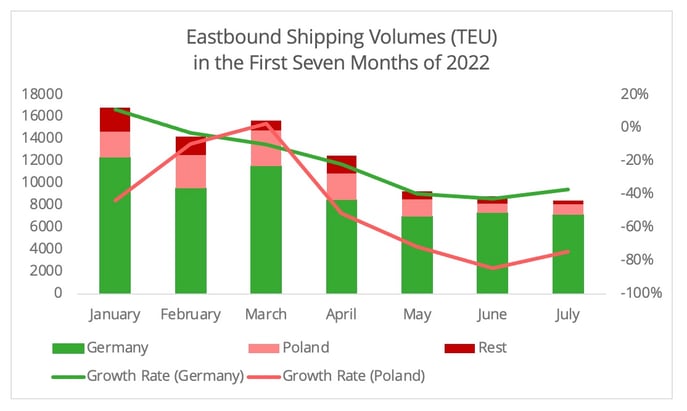 A double explanation for the recovery in volumes

The recovery in volumes is primarily due to a recovery in the main products transported by rail freight, even if it remains modest. This is seen mainly in the sector of machinery goods Westbound to the EU (Figure 3). 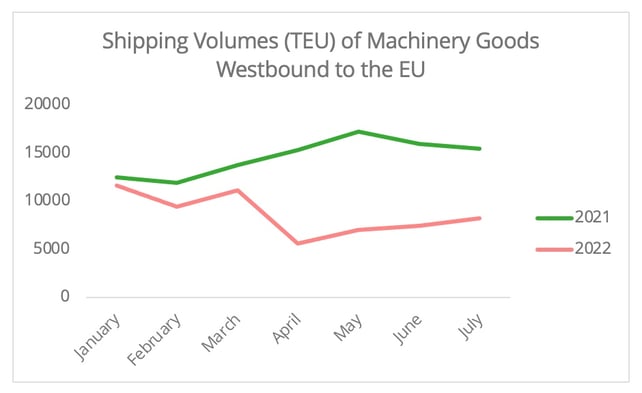 The recovery is also fueled by the emergence of new flows in both directions. Even though volumes are modest compared to those of the primary commodities transported by rail, such as machinery goods, their double-digit growth is nevertheless remarkable.

Westbound the flow of new products include carbon black (Figure 4) and leather goods. In the eastbound direction, shipping volumes witnessed a 45% increase in milk powder (Figure 5). The share of this product in total eastbound flows, from January to July, has increased from 2% in 2021 to 5% in 2022. 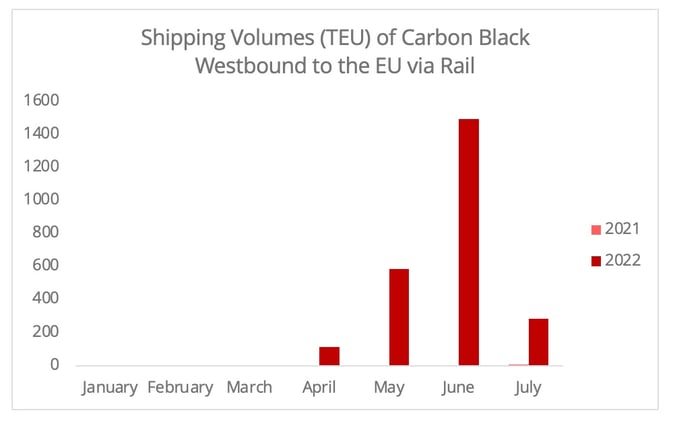 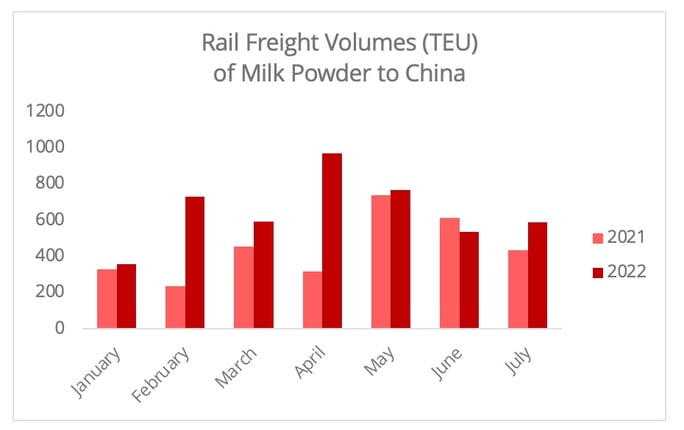 The arrival of new flows can be explained by the improved efficiency of the trans-Siberian route, itself the result of the weakening of demand. Several media have suggested this explanation, in a context of the continued disruption in maritime freight. This is particularly the case for shippers of time-sensitive products.

The increased volume of milk powder via rail freight suggests that it is not just maritime freight, but also reduced airfreight capacity may have diverted shippers to the rail option (Figure 6). Comparing the first semester of 2019 and 2022, the shipping volume of milk powder via air freight has dropped by 80%. Conversely, the volume via rail freight has increased 79%. Undoubtedly, Russia’s lifting of the shipping ban of European food through its territory in 2019 is the reason for this shift. Considering the concerns regarding securing food supply, the significant increase of milk powder transported via rail freight this year can be also seen as a desire to avoid disruptions in logistics chains caused by the Shanghai lockdown. The surge in rail freight volumes correlates to this event (Figure 5). 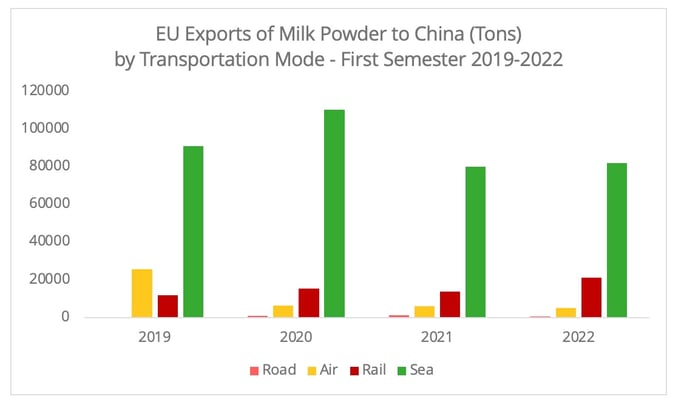 Of course, in some cases, the improved efficiency of rail freight did not solely contribute to the new pattern. It is also coupled with companies’ decisions to increase inventories to hedge against the unpredictability of their situation.

Taking the example of the increase in shipments of carbon black by rail freight. The war has driven EU manufacturers to diversify the sourcing of carbon black, over 70% of which had been supplied by Russia in 2021. The conflict has not reduced the absolute volume of Russian carbon black going to the EU. However, the stockpiling effort to improve resilience has resulted in a surge in imports of carbon black from different suppliers, especially China, in the past few months (Figures 7 & 8). In May 2022, 14% of the EU’s imported carbon black came from China, compared to less than 1% the previous year. Moreover, carbon black is a complex product for ocean carriers to transport, due to safety issues [4] and the cleaning of containers after use. This factor may also have pushed shippers to divert to rail freight, especially at a time of ocean freight capacity shortages. 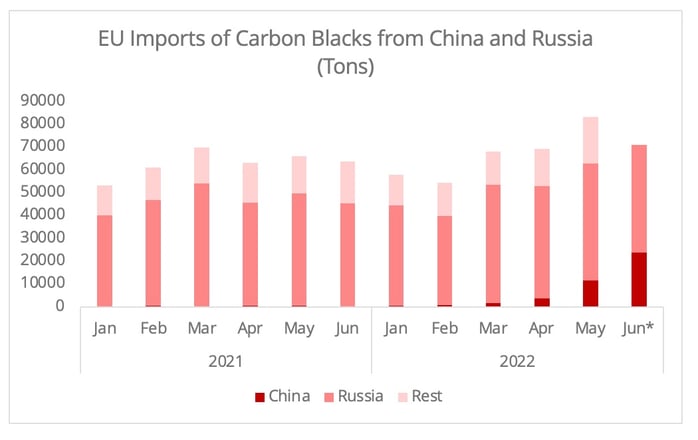 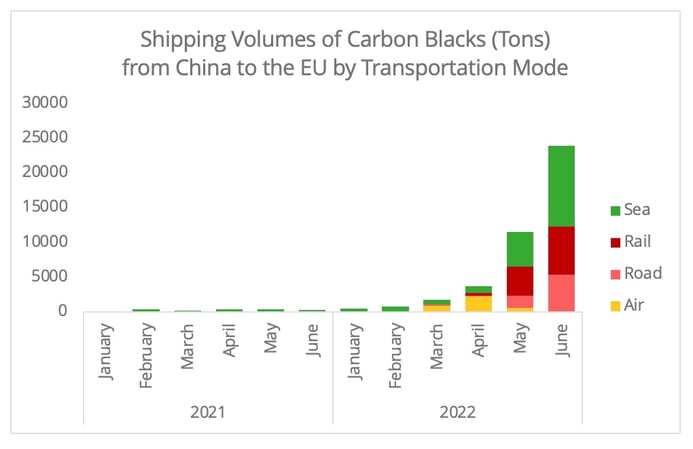 The outlook for the Trans-Siberian Route

Indeed, it is hard to reach an accurate assessment of the future for rail freight between China and the EU via the Trans-Siberian route. On the one hand, it is unlikely that transport volumes will return to pre-war levels in the near future, given the duration of the conflict and the radically transformed relationship between Russia and the EU. On the other hand, the analysis above indicates that the impact of the war on China-Europe rail freight is not one-sided but multifaceted. The following factors could influence the prospects for the Trans-Siberian route. 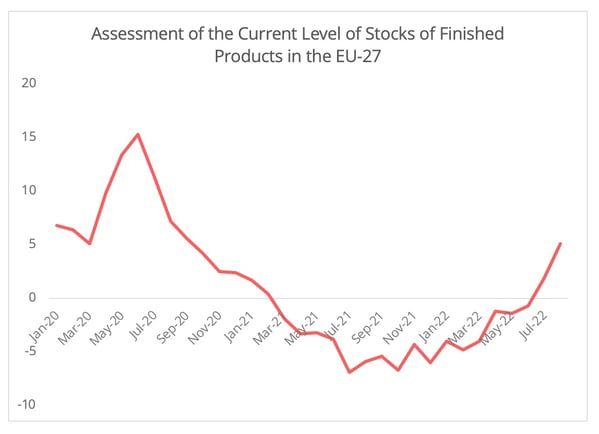 [1] The statistics issued by China Railway usually include products to the EU and non-EU European countries, including Russia and Belarus, as well as central Asia.

[4] For further details regarding the security regulations, please find, for instance, the customer advisory from CMA CGM as a reference. Of course, there are also strict policies regarding shipping dangerous goods via rail freight.

[5] Due to data availability, we have only presented the import of carbon blacks from Russia and China in June.

[6] Here, the value refers to the stock of goods held by firms in the EU.