Our Upply data base shows a downward trend in ocean freight rates for the China-Mediterranean corridor. Access to capacity nevertheless remains problematic for small importing companies.

Two main factors are currently weighing on freight rates on the Asia-Europe Mediterranean corridor, as is illustrated by the trend registered in our Upply data base on the Shanghai-Fos route for a 40' HC dry container (see graph at end of article).

The losers on the West Med are the small and medium-sized importers, who use the services of intermediate-sized forwarders who struggle to secure their freight flows because of a lack of visibility regarding space availability. This segment of the market, which does not have the resources to use trains or aircraft, risks becoming an easy prey for the biggest 4PLs, who have greater visibility over their slot allocations on ships in operation. 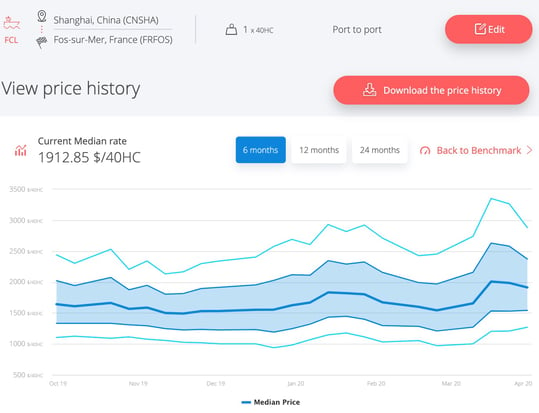