The impact of trade imbalances on the management of container stocks

Freight rates have not risen sharply everywhere. On some routes, the shipping companies are obliged to decide whether or not to market their containers or send them empty.

The increase in freight rates seen in the container shipping sector since the start of the pandemic is closely linked to cargo flows from China to Western markets. If we look at the eastbound transatlantic, Europe-Asia and westbound transpacific markets, it can be seen that the increase has been much lower and has stayed in a range which can be qualified as "normal". 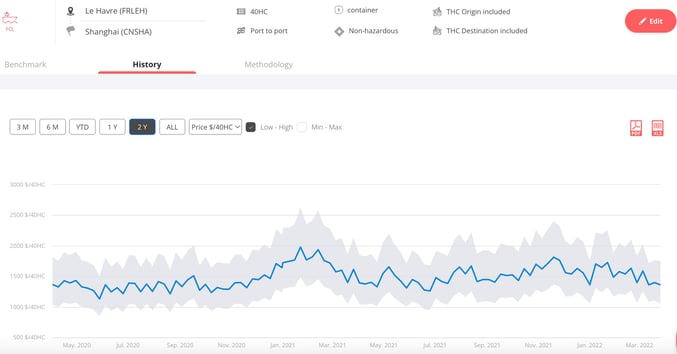 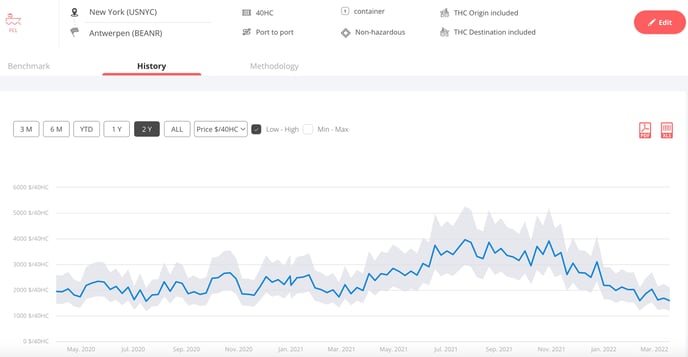 These rate differences have always existed. For each round trip made by a container ship, one leg is dominant, which is to say that one leg contributes strongly to revenues while the other contributes little, and this is because of the structural imbalance of demand. This has been the case since the start of the globalisation process and acceptance of the idea that China is the "workshop of the world".

We can wonder, nevertheless, how it is that the shipping companies can agree to sell freight at cost price and even slightly below operating break-even on certain routes, while maximising profits on others.

To get a good understanding of the phenomenon, two factors need to be taken into account:

In general, the "better filled than empty" argument comes out the winner. Over the last two years, however, in trade between Asia and the West, the difference between the level of freight rates in the different directions is such that the "empty is better than filled" argument sometimes prevails.

If you want to optimise revenues on the most profitable leg of the loop, you must have quick access to a substantial supply of empty containers. This is why, over the last two years, some shipping companies have preferred to send empty containers back to China rather than market them on the US market. With a US-China freight rate of USD1,000, as well as additional waiting time and cargo-handling, it was more profitable to send empty containers back to China, knowing that they could quickly command a rate of USD17,000 per 40' container on the China-US leg.

From a strictly commercial and financial point of view, this strategy is understandable. Most of the big shipping companies have followed it, moreover, over the last two years. It has to be admitted, however, that it has not favoured production capacity in Western countries. The trade deficits of the United States and the European Union with China have increased overall, even if some countries, like Germany and Italy, have fared better than others.

An unfavourable situation for French exporters

On non-dominant legs, the shipping companies need to constantly calculate on a ship-by-ship basis how they mix empty and full containers, given that demand is much lower than supply.

If we take as an example the US east coast, which finds itself with mountains of empty containers which need to be sent back to areas of high demand, like China but also Europe, which has greater export capacity than the United States.

If the shipping companies fill their ships with empty containers as they leave Europe for China, European shippers are going to protest. Choices made on a country-by-country basis can also lead to discontent. Traditionally, France has had difficulties in this respect with exports bound for Asia. Germany and the Benelux countries are always going to send a maximum number of full containers. There is always greater pressure on the last export ports in the range, therefore, to send back empty containers.

The whole system of east-west routes operated by the big shipping companies is maintained by China's export power. If China gets into difficulty for any reason, however, the whole house of cards could come down.