Strategic autonomy of EU industry: No better time to discuss than now

The current coronavirus pandemic has sharply raised the question of European strategic autonomy. In this article, we have chosen to address this topic from two perspectives: the role of Foreign Direct Investments and the reshoring options to create a Pan-European value chain.

On March 10th, the EU Commission published its latest industrial strategy. For the first time, the concept of “strategic autonomy” is addressed in this document. Strategic autonomy, which is originally used in EU’s defense policy, is defined as “reducing dependence on others for things we need the most: critical materials and technologies, food, infrastructure, security and other strategic areas.”

It would seem that this is the ideal time to discuss the strategic autonomy of European industry. The outbreak of COVID-19 has once again raised the question of the EU’s reliance on Chinese imports in various sectors, and not just electronic machinery parts, but also drugs. Chinese production accounts for one third of generic Active Pharmaceutical Ingredients. Even before the outbreak, there had been a growing call from member states for European strategic autonomy in the manufacturing industry, in the wake of growing protectionism around the world and the on-going China-US rivalry in the field of technology. “Thanks to disruptive technologies like 3D printing, Europe also needs to make the most of localisation as an opportunity to bring more manufacturing back to the EU in some sectors”, says the EU’s communication on Industrial Strategy.

In this article, we take a close look at the EU’s approach in addressing this topic. Overall, it can be summarized as:

Some of the sectors highlighted in the latest industrial strategy are: digital technology (e.g. 5G), green technology and pharmaceutical industry.

Specifically, how do we define “dependence” in terms of strategic autonomy? It can be divided into two parts: the import dependence on global suppliers and dependence on foreign investment in the EU’s strategic sectors.

According to the EU’s Political Studies Association, overdependence on foreign supply and investment can lead to potential risks, such as vulnerability to supply chain disruption due to natural disasters or other incidents, and restrained capability for future development due to forced technology transfer.

Nonetheless, “reducing dependence” does not mean that the EU should be solely self-reliant, this would be impossible. In fact, the EU has benefited tremendously from its inclusive and open trade policy. The key to strategic autonomy is finding the balance between openness and protection, and to seek reciprocity with its trade partners (figure 1). 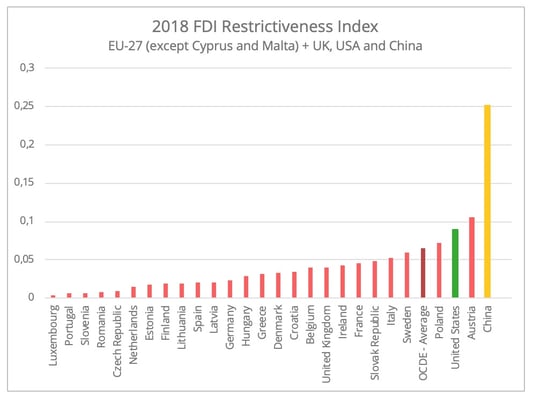 The EU’s trade policy addresses these two types of dependence in the following ways. 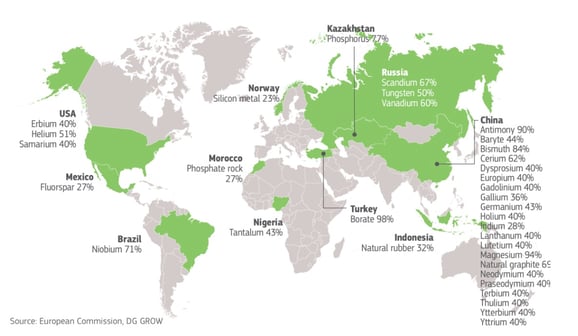 According to the database created by the European Reshoring Monitor, between 2015 and 2018, around half, (95 out of 218) of all the manufacturing industry reshoring cases were from Asia back to Europe. Of these 95 cases, 78% involved a move back from China to Europe. Three characteristics can be defined.

As such, with the EU’s industrial strategy of seeking a pan-European value chain and companies considering alternative options to China, there could also be a great opportunity for the industrial sectors in CEE countries, though this may be a long-term process.

It cannot be denied how new the latest EU industry strategy is. However, the key will be how to transform strategy into practice. The EU needs to play a more coordinative role among the member states. Afterall, the interpretation of strategic autonomy can be subjective and diverse across industries as well as member states. Perhaps, it will be necessary for the EU to develop measurable criteria or an index as a means to improved evaluation of strategic autonomy in the future, and as such make strategic autonomy more than just an abstract concept on a piece of paper.

[1] Only one case mentioned the impact of China-US trade war. However, there could be a greater number of cases relocating due to this reason in 2019, which is beyond the time spectrum of the database.